GOPDC owns two industrial plantations. Both estates - Kwae and Okumaning - are located near Kade, in the Eastern Region of Ghana.

The Kwae estate has a total concession of 8,953 ha, of which approximately 5,205 ha are developed. Besides the nucleus estate, there are 349 ha of smallholdings within the concession. In addition to the above, the concession locates housing for Junior Staff, Senior Staff and Management Staff and all industrial and social infrastructure required for the well functioning of such an industrial complex. Areas of natural and traditional value within the plantation are preserved.

The second industrial plantation is the Okumaning estate which has a total concession of 5200 ha, of which about 3,550 ha have been developed.

Seed nuts are purchased from Benin (Pobé) or Ivory Coast (Lamé). After germination in a germination room, the sprouted seed are planted in the pre-nursery. After 3 months of growth, the seedlings will further develop for 6 months in the main nursery before being transplanted into the field. To save water, GOPDC has established an innovative system of drip-irrigation for the main nursery. It has resulted in a decrease of about 80% of the water consumption. 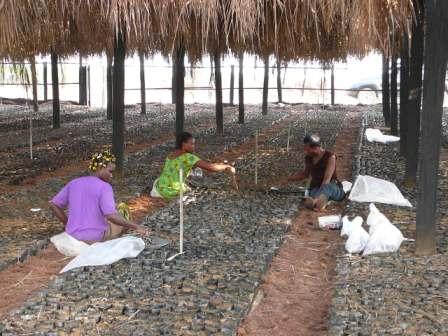 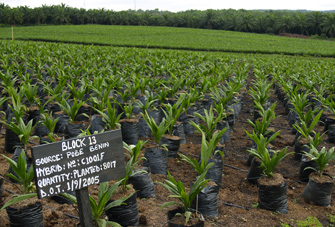 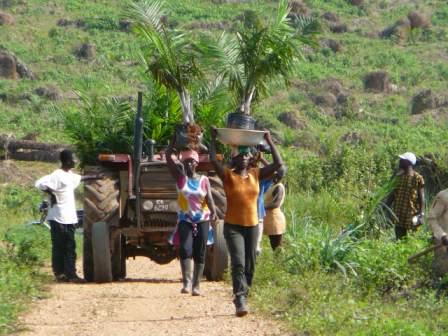 The initial contract between GOPDC and the farmer stipulated that GOPDC provide inputs on credit to the farmer (at cost), and the farmer in return supplied 100% of the production of the GOPDC planting material to the company. A percentage of the value of the supplied crop was used for loan servicing. The contract was on a co-financing basis: the farmers put up a portion of the investment cost at planting time. The remaining part of the investment was on a loan basis. Farmers enjoyed a seven-year grace period on their loan, and started repayment when the trees were in full production. The inputs provided to the farmer comprised palm seedlings, organic fertilizer, technical assistance and organic pest management.

About 7,000 farmers produced on contract for the Company. They represented the majority of the planted area with more than 13,000 ha under cultivation. These individual farmers cultivated small parcels of land within a radius of 30 km from the GOPDC processing plant. 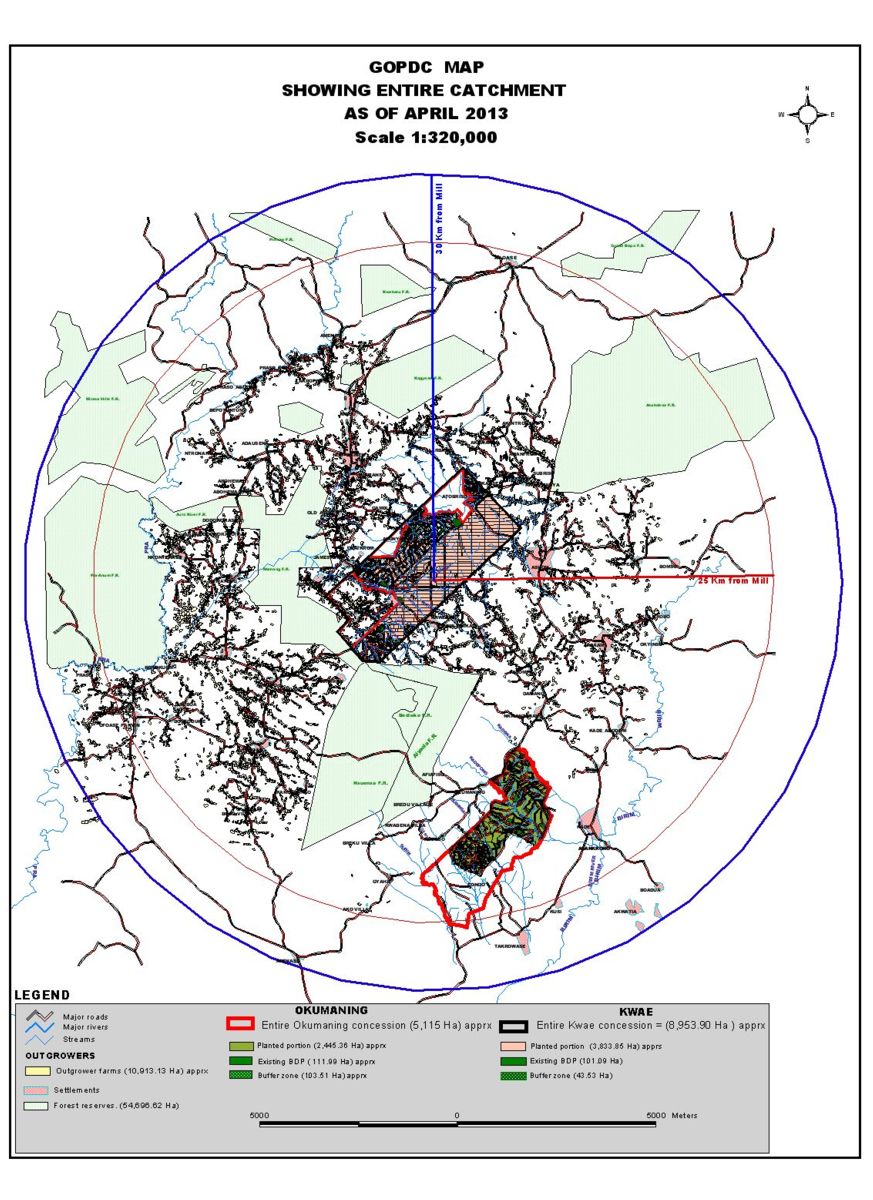 Under the new outgrower scheme which came into effect in December 2013, farmers' crop is collected directly at farm gate by the company and brought to the mill. Farmers who arrange their own transport to mill gate are paid a price based on the average transport cost.

GOPDC also provides extension services to the outgrowers. The catchment area is divided into two zones and 12 districts headed by zonal and district officers respectively. These officers ensure efficient follow-up of plots and better performance of farmers. The outgrower section is headed by an outgrower manager.

Using satellite and Lidar technology and ground truth observations, GOPDC has built a unique Geographic Information System (GIS) to make an inventory of all the farms in its catchment area. This system allows management to follow up productivity up to the plot level and to trace back all fruit that arrives at the GOPDC mill. Linked with the farmers' accounts, our GIS is a powerful management tool for the traceability and follow-up of each individual farm. 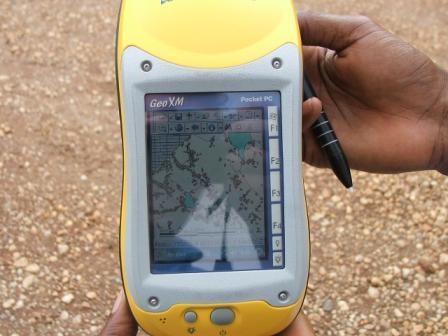 The incidence of Oryctes rhinoceros can be managed by good agricultural practices and hand-picking with a sharp pin with a hook. 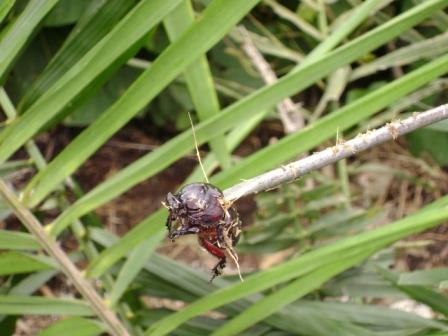 While Fusariosis has been tackled by an intensive selection programme, resulting in Fusariosis tolerant trees, no solution has been found yet for the leaf miner. 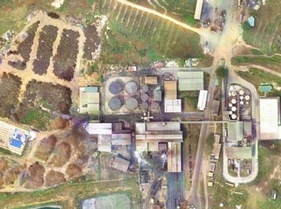 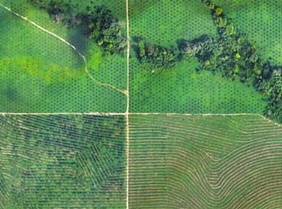 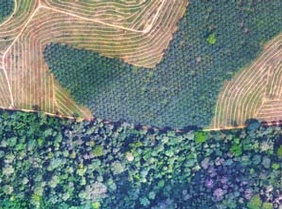 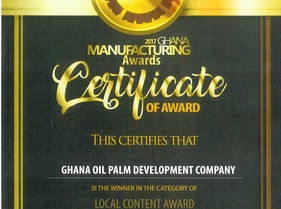 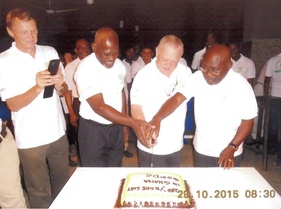 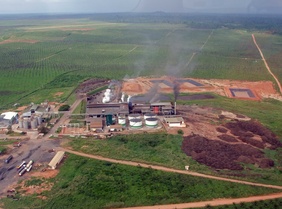 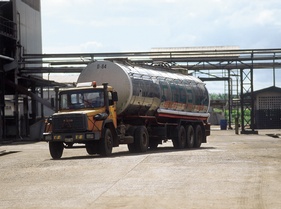 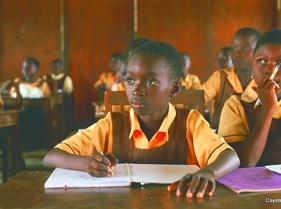 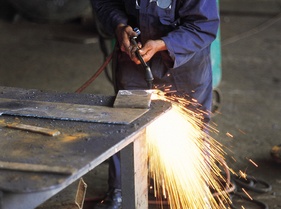 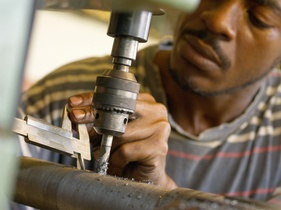 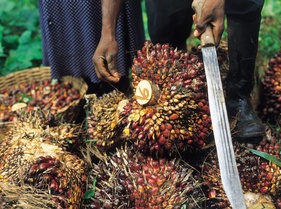 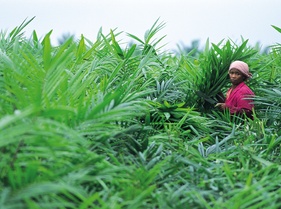 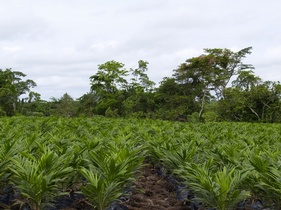 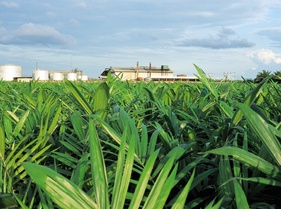